When Susan Doherty and Tom Moore swapped their Georgian flat in the centre of Edinburgh for a house with a garden further out of the city, they did not initially anticipate taking on a renovation project.

They chanced upon an existing building that had been converted from a small coach house in the mid 1980s to form a one bedroom dwelling, but was in desperate need of repair.

The site had been bought by Edinburgh-based architect Matthew Johnson of A449 Architects after spotting it close to his practice’s office. At the point when Tom and Susan viewed the property, planning permission had been secured to significantly renovate and extend.

The design involved the creation of a three bedroom home over two levels. The original coach house has been stripped back to a shell, with a new timber frame extension added.

Working on a Restricted Site

The renovation and extension project went relatively smoothly, but working on such a tight site in a city did throw up issues.

“The main challenge being getting everything to and from the site safely, with the least disruption to this tight restricted site,” explains architect Matthew Johnson.

“We had a 6m-long piece of steel that had to come to the site as well as the large windows causing some logistical issues, but we managed it. Getting the soil and waste out in skips and wagons was the trickiest bit — getting stuff in was easier.” 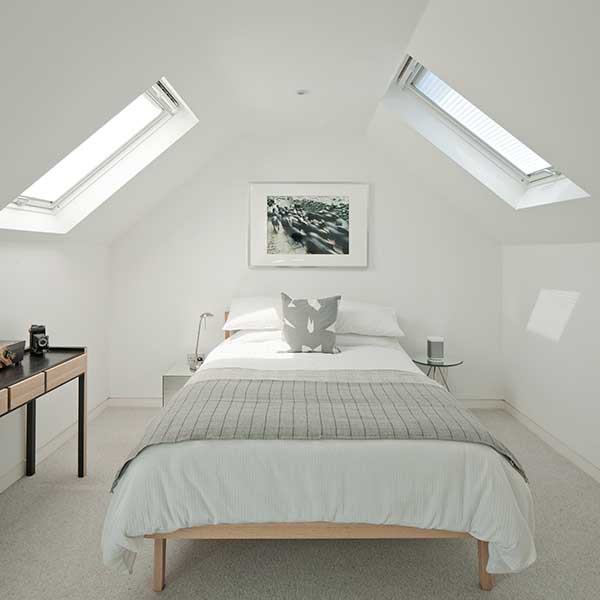