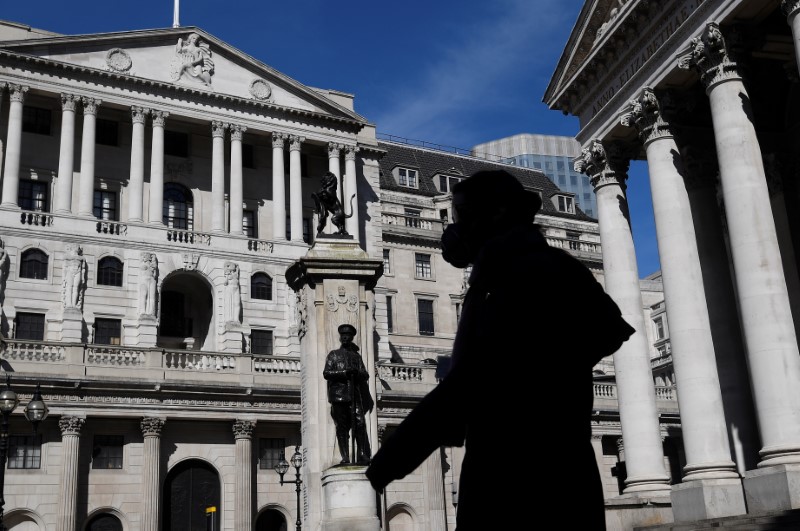 © Reuters. The spread of the coronavirus disease (COVID-19) in London

LONDON (Reuters) – The shock from coronavirus to banks is set to be greater but less prolonged than lenders faced in last year’s stress test and the financial system remains resilient, the Bank of England said on Tuesday.

“Major UK banks are well able to withstand severe market and economic disruption,” the BoE’s Financial Policy Committee said in a statement from meetings it held on March 9 and March 19.

The FPC had already announced that banks can use the capital they hold in their counter cyclical capital buffers (CCYB) to support lending worth up to 190 billion pounds and it indicated on Tuesday that banks could go further if needed.

“The cut in the CCyB reinforced the FPC’s expectation that all elements of the substantial capital and liquidity buffers that have been built up by banks could be drawn on, as necessary to support the economy,” the FPC said.

“The FPC would monitor closely the response of banks to these measures as well as the credit conditions faced by UK businesses and households more generally,” it said.

The main capital buffer of top UK lenders is around 17.5% of capital to risk-weighted assets, more than three times higher than before the financial crisis a decade ago when taxpayers had to bail out lenders.

They also hold a trillion pounds of high-quality liquid assets, such as cash and bonds, to fund themselves for many months, the FPC said.

The FPC has canceled this year’s stress test but said it would continue to monitor whether banks are holding enough capital.

“The FPC would need to form a view about the resilience of the banking system throughout 2020 to provide reassurance and inform further policy action,” the minutes said.

The FPC will use a mix of the banks’ own in-house stress testing and desk-based analysis at the BoE.

Coronavirus: MLB, MLBPA discuss starting 2020 season as soon as May with all games in Arizona, per reports