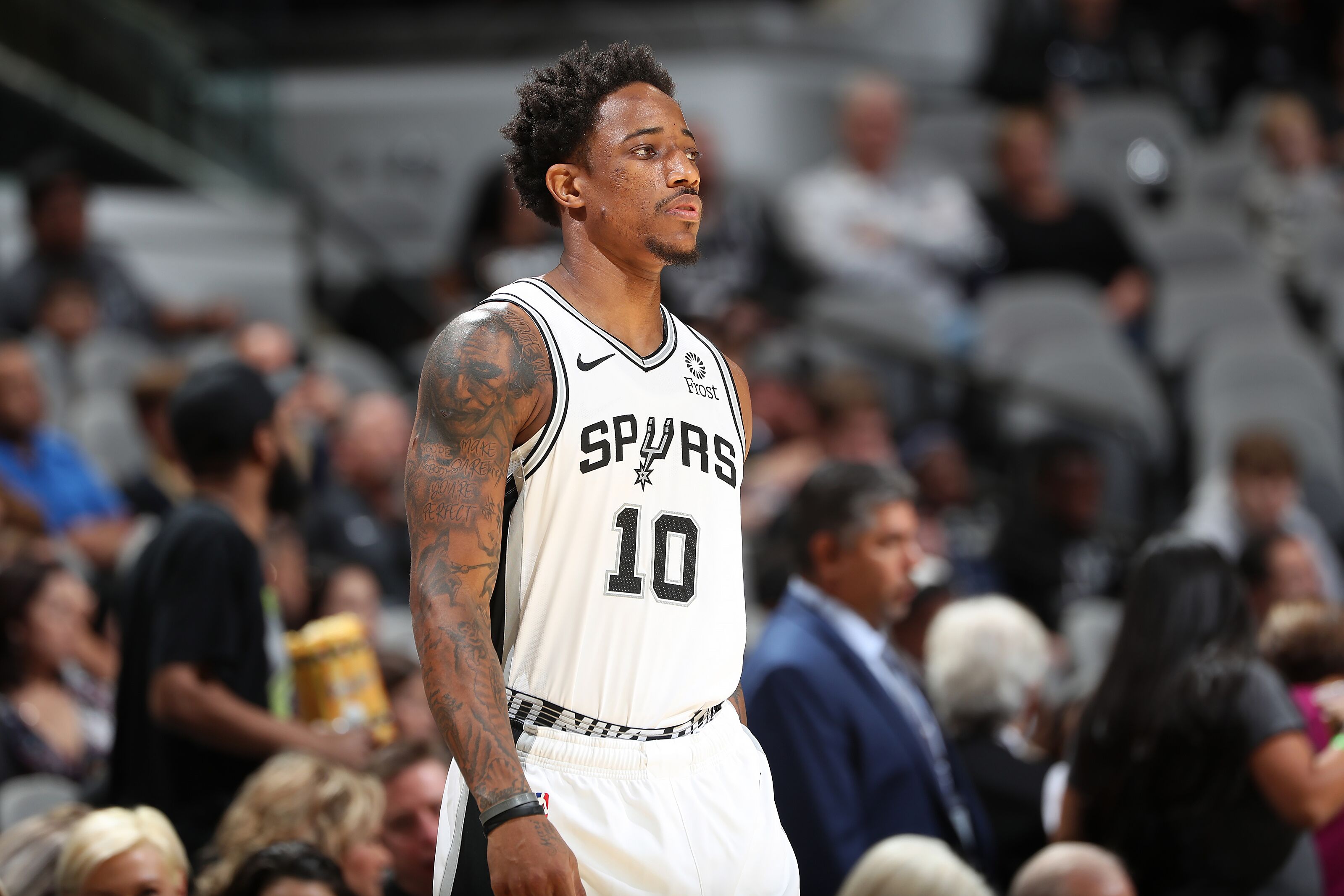 When all was said and done, DeMar DeRozan’s 2018-19 season didn’t end much differently from the others. But at the start, did we appreciate its greatness? And can it be replicated?

There’s an old saying in professional football, first coined by former Arizona Cardinals head coach Dennis Green, after his meticulous gameplan nearly pushed his winless team to an upset over the eventual conference champion Chicago Bears: “They are who we thought they were.”  With each passing season in the career of DeMar DeRozan, one could argue that the same mantra applies.

Like a dark cloud, the same narratives have followed, from season-to-season, team-to-team.

Even when the four-time All-Star proves otherwise — which he’s absolutely done — his reputation almost feels set in stone: the guy who’ll give you All-Star level production, provide quite the dazzle in the regular season, and then provide quite the fizzle come the postseason.

And despite career-highs in rebounds, assists and sufficiently compartmentalizing himself into the San Antonio Spurs‘ system in year one, when DeRozan walked off the floor after the Spurs’ Game 7 loss to Denver and into the press conference, he looked an awful lot like that same defeated, battered man we’d felt such sympathy for in Toronto for all those years.

Maybe DeRozan is exactly what we think he is.

Depending on your level of fandom, San Antonio’s 2018-19 season may have had the characteristics of a disappointing season. But in its infancy stages, watching DeRozan weave and maneuver through his inaugural season in the silver-and-black was an absolute thing of beauty.

The media had taken note, too, so much so that Haley O’Shaughnessy of The Ringer was willing to throw DeRozan’s name into the list of Most Valuable Player candidates heading into November, and offered the following:

On a team that could sustain its 47-win run from last season, he’s (DeRozan’s) a superstar leading his team to the playoffs. He is, acknowledging Anthony Davis and Steph Curry and the other elite starts that rank above DeRozan’s, a true dark-horse MVP candidate.

Even though it proved to be short-lived and lost steam, particularly when LaMarcus Aldridge broke from what was arguably a career-worst shooting slump, what DeRozan did to help anchor a potentially sinking ship early last season deserves a moment of recollection.

Along the way, it’s worth wondering: could DeRozan be due to begin a season at such a torrid pace again this year? What forced the pump of the brakes during last season’s developing Most Valuable Player-caliber season? And was it as special as advertised? Here, we’ll take a look.

A trade proposal for Victor Oladipo

Bradley Beal excels as lead option, which is why he’s not eyeing trade