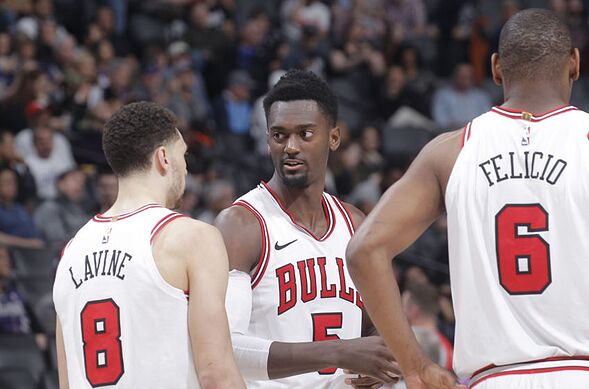 The Chicago Bulls can’t seem to catch a break. After learning that Zach LaVine will be out 2-4 weeks, the team is also reporting that Bobby Portis will join him on the injured list and he will be out of the rotation for the same 2-4 week time period. Here’s a look the notable takeaways from this development.

The Chicago Bulls were hoping to take the next step in the second year of the team’s rebuild on the heels of a 2017-18 campaign in which they posted their worst win-loss total in 15 years.

One of the positives coming into this season was supposed to be the fact that they would have a healthy complement of players on the roster. Unfortunately, that sentiment has already been put to the test early and often.

Let’s also not forget that Denzel Valentine was lost for the season following reconstructive surgery on the same left ankle that has given him problems since the Bulls selected him with the 14th pick in the 2016 NBA Draft.

The good news is the trio of players had returned to the fold. The bad news is the Bulls will be down two more players for the foreseeable future.

Zach LaVine injured his ankle in the team’s loss to the Orlando Magic in Mexico City on Dec. 13.

INJURY UPDATE: Zach LaVine injured his left ankle in the 4th quarter of the Bulls game against Orlando on Dec. 13. Additional opinions concurred with the original diagnosis of a medial ankle sprain. LaVine will be out approximately two-to-four weeks from the date of the injury. pic.twitter.com/DVSM4ioksm

Portis — who has suited up in only nine games — injured his ankle in the team’s home loss to the Brooklyn Nets on Dec 19.

INJURY UPDATE: Bobby Portis injured his right ankle in the fourth quarter of the Bulls game vs. the Brooklyn Nets last night. An MRI and repeat physical exam were performed this morning, and he was diagnosed with a sprained ankle. Portis will be out two-to-four weeks. pic.twitter.com/MzdSqO7gSp

With multiple rotational players out of the mix for a bit once again, what does this mean for the Bulls looking ahead? Here are the main takeaways from the recent injuries to LaVine and Portis.

LeBron James and Other Athletes Speak Out After George Floyd Killed