A “troll” is a term for someone who posts inflammatory or offensive content online to flare tensions and seed conflict. “Troll farms” have popped up in nations like Russia, Iran and China to sow disinformation on American social media, researcher Darren Linvill told The Greenville News and Independent Mail in February.

Save better, spend better:  Money tips and advice delivered right to your inbox. Sign up here

The tool launched Tuesday and walks people through a number of shut-down social media profiles, asking the quiz taker to determine if the accounts are real or the work of a troll. It then teaches ways to spot signs of a troll, like the use of an attractive woman, or extremist political propaganda.

It is aimed at helping anyone “identify the markers of inauthenticity” online, Warren said Tuesday.

TikTok: What Oracle deal with ByteDance would mean for you if Trump administration approves it 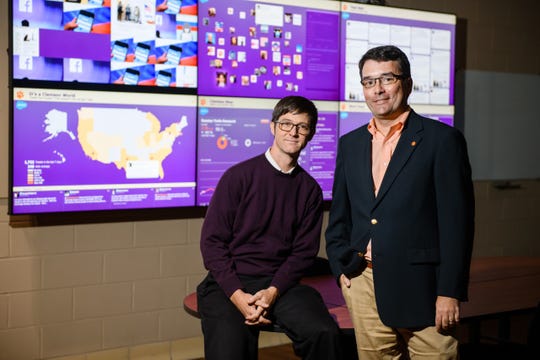 “I did take this … it is excellent and really good at trying to educate others,” Pres. James Clements said. The quiz was created with funding from Clemson’s Committee on Philanthropy, Clements said.

The goal of these accounts is to drive America apart, to “further entrench” Americans into their ideological silos, which makes compromise and civility harder to maintain, Linvill explained.

“They push ideologies in two extreme directions, making it harder and harder for us to make compromises,” Linvill said in a Tuesday committee meeting.

In a recent media call, Linvill added that the pandemic and civil unrest in the wake of George Floyd’s killing are “golden opportunities” for trolls to increase conflict online.

“They are engaged with whatever major social disruption, going on in the U.S. at the time, and certainly issues around race have been central to their approach from the very beginning. And actually, if you pushed all the way back, back when the Soviets were doing propaganda, they try to exacerbate those differences,” Warren said of the Cold War-era tactics employed by the Soviet Union, now Russia.

Come try your hand on the brand new Spot-the-Troll quiz. https://t.co/B2zf6QADXQ. The first of many exciting initiatives of the also brand new @ClemsonHub.

While Russian, Chinese and Iranian troll operations are a threat to national security, Linvill said “domestic activities” are real, too.

Recently, Linvill said a right-wing activist created a fake Twitter account posing as an “Antifa,” or anti-facist organization, member “suggesting that they were gonna move into the suburbs and burn down homes.”

“It’s not just state actors it’s also Americans doing it to ourselves, and that’s going to be a growing issue I think,” he said.

Warren and Linvill have led the way for troll research, working with federal defense agencies, Facebook and Twitter to shut down hundreds of fake accounts for years.

“While we’re on this call, Facebook and Twitter announced they shut down another group of Russian accounts … so this continues to this day,” Warren said over Zoom.

And, as worries over foreign interference in the 2020 presidential election loom, Warren added he and Linvill are working with the Commission on Presidential Debates to monitor social media before, during and after debates leading up to the November vote.

“It’s to make sure this doesn’t happen again,” Warren told the committee.

In 2016, reports of Russian interference in Donald Trump’s election circulated widely, Warren said with more attention on this issue this election cycle, the threat may be lessened but it’s still credible.

“The stakes are way higher this time, too,” Warren said of the election.

Zoe covers Clemson for The Greenville News and Independent Mail. Reach her at znicholson@gannett.com or Twitter @zoenicholson_