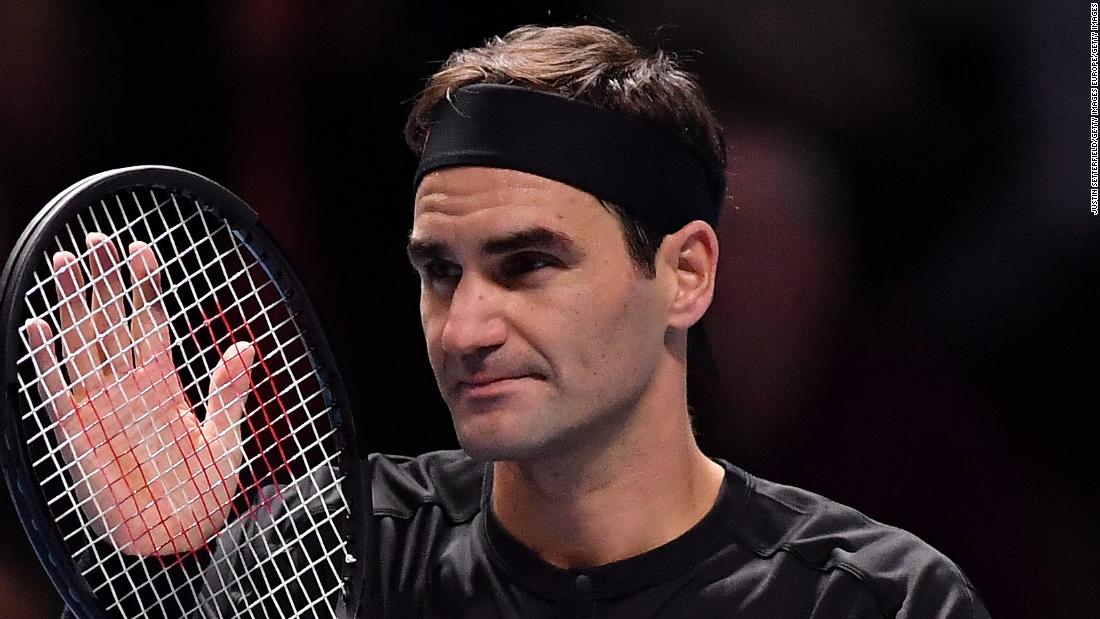 While European football’s Bundesliga resurfaced last week behind closed doors and Spain’s La Liga is set to resume the middle of next month, the last official word from tennis authorities essentially saw all action suspended through July.

The hiatus began in March, with Federer already sidelined since he was recuperating from knee surgery.

Sunday would have marked the first day of the French Open in its usual spot on the tennis calendar — in March, though, it was rescheduled for September — and another grand slam, Wimbledon in July, was called off.

“I’m not training at the moment because I don’t see a reason for that to be honest,” Federer told three-time French Open champion Gustavo Kuerten — who is raising funds for coronavirus relief efforts in his native Brazil — in a video interview reported by Tennis.com.

“I am happy with my body now and I still believe that the return of the tour is a long way off,” continued the 38-year-old. “And I think it’s important mentally to enjoy this break, having played so much tennis.

“When I’m getting towards returning and have a goal to train for, I think I will be super motivated.”

Federer is arguably tennis’ best supported player ever, and the prospect of competing without spectators doesn’t appeal to him.

“Most of the time when we are training, there is no one,” said the men’s record 20-time grand slam champion. “For us, of course, it is possible to play if there are no fans. But on the other hand, I really hope that the circuit can return as it normally is.

“And hold off till the time is appropriate, minimum a third of the stadium or half full. But, for me, completely empty when playing big tournaments is very difficult.”

Federer has been active on social media during the lockdown, sparking a public discussion on the merging of the men’s and women’s tours with a tweet last month and embarking on a funny Instagram Live with tennis rival Rafael Nadal.

Nadal, unlike Federer, has started practicing, though only very recently. The Spaniard would have been favored to win a 20th major and tie Federer had the French Open been played as usual given he has collected a record 12 titles at Roland Garros.

The next grand slam is scheduled to be late August’s US Open in New York, with organizers expected to announce in June if it will go ahead.

76ers are shifting Ben Simmons to power forward, and it’s the move that could unlock their full potential