I publish it first in Morningstar FundInvestor and then on www.morningstar.com a couple of months later.

The criteria have largely been the same, with some minor tweaks over the years. Here are the tests I used over most of that time:

1) Expense ratio in the cheapest quintile.

2) Manager investment of more than $1 million in the fund.

6) Returns above the fund’s benchmark over the manager’s tenure for a minimum of five years. In the case of allocation funds, I used category averages instead because benchmarks are often pure equity or bond and therefore not a good test.

7) Must be a share class accessible to individual investors.

You may notice the criteria are close to those used by the Fund Spy Selector tool on mfi.morningstar.com.

For the first time, I am sharing performance results for these reports. I started the measurement period with the date the FundInvestor issue was published and tracked returns from that point through February 2019.

Before I get to the results, a couple of caveats. First, as I mentioned, there have been a couple of tweaks to the tests, though the core idea has not changed. Second, as with any report on past performance, you should not take this as a prediction or promise of future performance. We don’t have a crystal ball.

One more note: I left out results for the article published in July 2018 because I believe results from a time period of less than one year are almost meaningless. That still gave me six reports to look at, starting with the inaugural list in 2012.

Big Picture
Overall, the results are pretty good, if I may say so myself. In all six lists, at least two thirds or more of the funds outperformed peers. And in five out of six lists, a majority outperformed their benchmarks.

Winners and Losers
The process largely did what I intended in identifying good stewards and good investors in lower-cost vehicles that had potential to endure over the long haul. Firms like Dodge & Cox, American Funds, Primecap, and Vanguard dominated the lists and to good effect.

All of those funds had very experienced managers, deep investment teams, good parent companies, low costs, and sound strategies. They were able to just keep rolling along to great results.

Of course, the process isn’t foolproof, and I have the flops to prove it. Janus Henderson Overseas (JNOSX) lost an annualized 0.5% compared with a gain of 5% for its benchmark. Yuck, the aggressive fund had its bets backfire. Then manager Brent Lynn left in 2015; it has been a decent performer under George Maris since then but not enough to lift the fund out of the cellar.

The next worst performer was also under the Janus banner:  Janus Henderson Mid Cap Value (JMCVX). This fund was in the bottom quartile of mid-value funds, but its 9.0% annualized return was far more respectable. In fact, we still have a Bronze rating on the fund, and it has been relatively stable on the management and strategy side.

The Fantastic 51 of May 2013 also produced strong results. It had a more modest seven funds land in the top 5% over the ensuing period. Six were repeats from the previous year, but  PIMCO Income (PONAX) was a star newcomer with top-percentile returns. We raised the fund to Silver in November 2012. T. Rowe Price Capital Appreciation, Vanguard Primecap Core, and Primecap Odyssey Aggressive Growth also produced top-percentile performance.

The list included three dogs, alas. FPA Capital (FPPTX) shed an annualized 0.5% compared with an 9.4% return for the Russell Midcap Value Index. The fund did indeed have strong performance, good stewardship, and lower costs. But Rikard Ekstrand left just as the Fantastic 51 article was publishing, and comanager Dennis Bryan retired in 2017. It was always a quirky, focused fund, and that really worked against it. It had a big energy bet, a big cash stake, and big investments in for-profit education. That’s 0 for 3.

Wasatch Long/Short was also an underperformer. Although it wasn’t as bad as FPA Capital, I believe it is noteworthy because it is the only Fantastic fund to be merged away. I think that further illustrates how these criteria tend to lead you to funds with longevity–even if it isn’t perfect.

The Fantastic 48 from June 2014 was not the best list. Only five were in the top 5%, and three were in the bottom decile. The winners were  Vanguard Wellesley Income (VWINX), Primecap Odyssey Stock, Vanguard Primecap Core, Primecap Odyssey Aggressive Growth, and Vanguard Energy. Once again, the themes of lower costs and stable management are clear.

On the downside,  Harbor International (HAINX) and its quirky portfolio of value names, FPA Capital, and  LKCM Small Cap Equity (LKSCX) produced poor results. In the case of all three, poor stock selection damaged results, and all were downgraded. Harbor charged managers, however, and was only lowered to Bronze, while LKCM was cut to Neutral, and FPA is no longer rated.

The Fantastic 50 from June 2015 had three top 5% performers and no bottom-decile performers. Vanguard Energy and Vanguard Primecap Core were the stars with top-2% performance. LKCM Small Cap Equity was the weak link with bottom 15% returns. The Fantastic 48 from July 2016 had three top 5% performers led by Dodge & Cox Stock, which produced top-percentile returns. Harbor International was the sole bottom-decile performer.

Lessons
Well-run, lower-cost funds look awfully low-maintenance from this vantage point. Strong cultures with low price hurdles appear to be the way to go. In fact, seeing the impact of the truly great fund companies makes me think that a Positive Parent rating should be the second screen that investors consider after cost. T. Rowe Price, Vanguard, Dodge & Cox, American Funds, and Primecap were great firms 10 years ago, and they remain so today.

I also like the fact that this list really winnows down that massive universe of 8,000 or more funds to a few strong strategies.

The failures tended to have more-focused, unconventional portfolios. I think the lack of depth hurt them as transitions were rough. Also, we may have seen them at their peak when their favorite industries or styles were in favor, and they then didn’t cut it when the market rotated to other industries or styles.

This year’s Fantastic list will arrive in the May issue of FundInvestor and then in this space in late June. 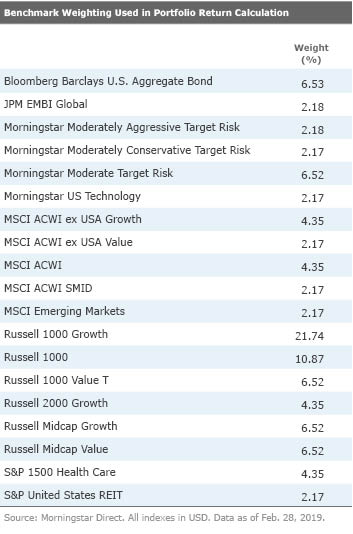