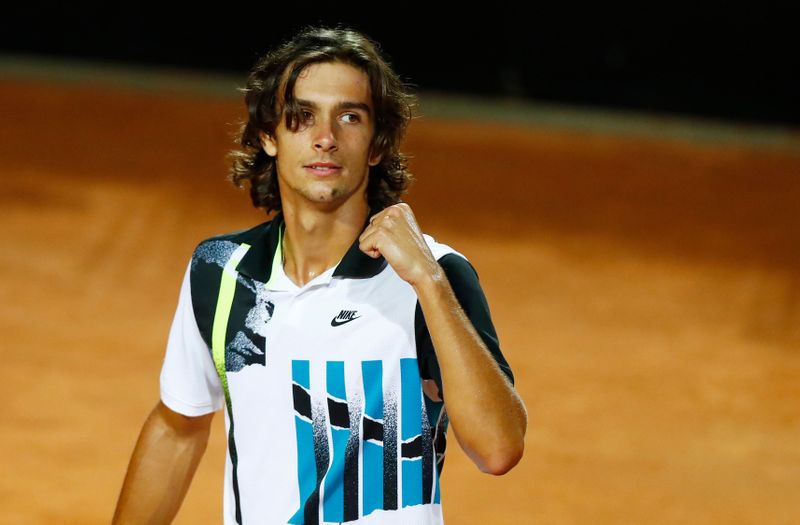 (Reuters) – Teenager Lorenzo Musetti brandished his reputation as a next-generation star by taking down Japan’s Kei Nishikori in straight sets at the Italian Open on Thursday for back-to-back wins against former top-five players.

Musetti proved it was no flash in the pan when he comfortably defeated former world number four and 2014 U.S. Open finalist Nishikori 6-3 6-4 to move into the last 16 of the ATP Masters 1000 event in Rome.

“I always used to be a warrior, a fighter, but I had a lot of ups and downs during the past year,” said Musetti, who won the Australian Open in 2019 as a junior before turning professional the same year.

Musetti, ranked 249, needed a wildcard to compete in the Italian Open qualifiers and will next meet German Dominik Koepfer, who beat Frenchman Gael Monfils, for a possible quarter-final meeting against world number one Novak Djokovic.

“This month I tried to keep calm and stay positive on court, and I think it’s my best improvement in the past few weeks. Here in Rome, I’m feeling really well,” Musetti told reporters.

“Even today, I think I won mentally, because I played well on the tough points. I think the key was this, the important points. Kei is a fantastic player. I tried to take my chances tonight. I am really proud of myself, of what I did.”

Japan’s Nishikori returned to the circuit this month after sitting out for a year due to injury and felt he needed more matches under his belt to return to his best.

The two-time French Open quarter-finalist, however, had words of praise for his young opponent.

“I don’t know how he’s going to play on hard (courts), but for sure he’s going to have a lot of power on clay, good backhand too, good serve. He can come in well. He can do pretty much everything. That’s, I think, a big weapon for him.”