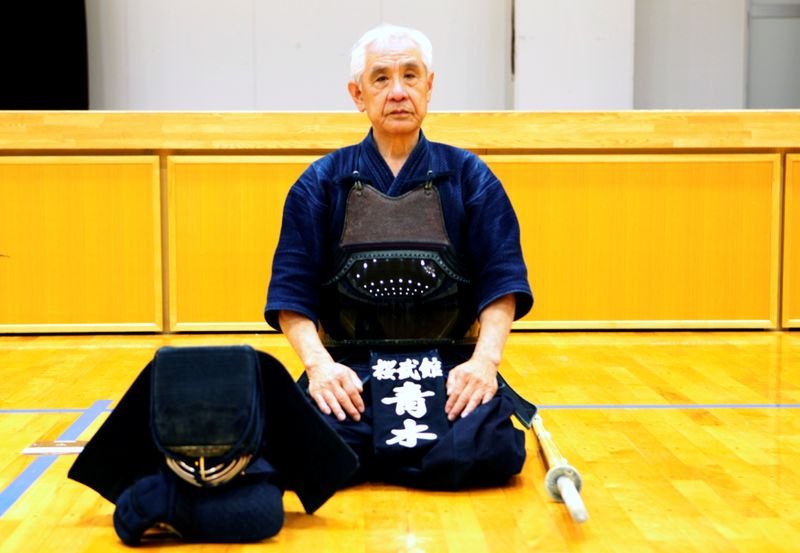 TOKYO (Reuters) – Shigeru Aoki weathers the assault by his young student, who whacks him on the head with her bamboo sword until she suddenly stops, takes a few steps back and, slightly out of breath, bows.

Aoki, 70, an eighth-degree kendo master, returns the bow, cutting a menacing but graceful figure in his kendo armor, which hides his face behind metal bars built into a helmet.

In May, he will take off his kendo gear – revealing his wispy, silver hair and soft smile – and hold the torch aloft as he runs the Olympic relay in southwestern Japan. He will represent a former mining district in the region’s largest city, Fukuoka.

Aoki recalls watching the torch relay at age 14 during 1964 Tokyo Olympics when it through Fukuoka.

“I remember my teacher telling us to burn that image into our memories, because this will be the only time Japan ever hosts the Olympics and we’ll never see the Olympic torch again,” he said.

Kendo has been at the core of Aoki’s life since his mother recommended he try it at age 11. He entered the police force, where the martial art is part of the training curriculum, to continue his studies. He has taught it to local children for more than 40 years.

Aoki is modest about his own skills, but has achieved a rank in the sport that few others can boast of.

To hold an eighth dan – or degree in English – Aoki passed an exam that 99% of kendo masters fail.

Only fighters 46 and older who have held a seventh dan for 10 years are eligible. The examinees are graded by a panel of judges on their posture and whether they embody the kendo “spirit” – a mix of personal discipline, sincerity, and mental and physical vigor – during two short bouts.

“It was like I was walking on clouds,” he said, reliving the moment when he learned he had passed. “I was beyond joy.”

Although he is an Olympic torch bearer, Aoki says that kendo and the games should stay separate. Kendo has never been an Olympic sport, and the All Japan Kendo Federation has no plans to make it one.

“I personally worry that kendo would become commercialized and all about winning. If the sport becomes just about winning, the protocols and etiquette of the game would die out,” Aoki said.

“Kendo, after all, is all about maintaining the martial art spirit.”

Coronavirus: MLB, MLBPA discuss starting 2020 season as soon as May with all games in Arizona, per reports