ESA’s 25 years of telecom: looking to the horizon

As ESA’s umbrella programme for telecom, ARTES, celebrates its 25th year, we have examined why it was set up, how it and the European satcom environment have evolved, and the opportunities and challenges that both face today. In this final instalment, we look at what the future holds.

As 2018 draws to a close, we cannot yet say that space is truly integrated into everything we do – not in the transformational way that it could be.

Currently over half the world’s population remain unconnected by terrestrial means. Yet although satellites are the obvious solution, the relative ‘newness’ of high-speed, low cost, global satellite services has meant that they have not yet become ubiquitous.

ESA will continue to help Europe’s satcom sector to evolve its services into an accessible, affordable and integrated utility, precisely because satellites’ capacity, security and reach offer an enormous potential that has yet to be fully realised. 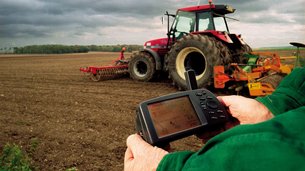 In the future digitalised world, satellite services will be an invisible but essential enabler, extending and enhancing 5G terrestrial networks, and where needed even taking over entirely, with no noticeable difference to the end-user in terms of speed, cost or latency.

This will affect everyone, in ways as fundamental as improving the food we eat and the efficiency of our logistics and transport, or as complex as providing the resilience that a future, all-connected world will need to secure those connections through optical and quantum technologies.

For example, satellite data applied to agriculture can increase yields by identifying when certain crops should be harvested according to satellite observations, trigger automated pest control by vector mapping, and even optimise irrigation based on weather data and crop monitoring.

In terms of transporting those products, more than 90% of international trade is done by sea, and some of the busiest routes are now through the treacherous Arctic. With satellites providing realtime data on ice floes, anti-collision vessel tracking information, weather forecasting, and even enabling fully autonomous shipping, the maritime sector will be transporting ever more goods safely and efficiently. 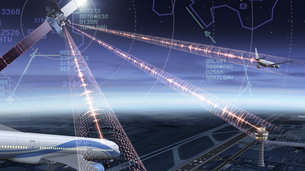 Aviation will be assisted in a similar manner. Europe’s congested airspace is expected to reach a crisis point soon, as the number of aircraft in our skies is projected to double by 2035. This will be compounded by the additional demand from airborne logistics drones as they enter mainstream service.

Satellites can help accommodate this growth safely and with less impact on the environment, as continual, satellite-enabled communication from air traffic control and precise aircraft tracking, even over oceanic airspace, optimises routes and reduces delays and cancellations.

Space will also help to protect these networks we so depend on, safeguarding against the emerging quantum computing threat, which will leave our current systems vulnerable to hackers.

Optical links by satellites, encrypted against cyber attack, will help shield critical infrastructure from attacks, assist with disaster response and send massive amounts of data to any part of the planet, for any kind of application, instantly. 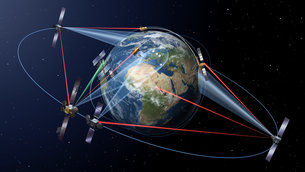 These projections describe a real and not-too-distant future.

As the past instalments in this series have shown, government-backed R&D in new technologies and domains is crucial for the European and Canadian space sector to be able to compete worldwide.

This was ESA’s mandate, two and a half decades ago, and remains a remarkably prescient one.

The past twenty-five years have seen ESA work with SMEs and multinationals, create entirely new areas of business and even bring private investors onboard, attracted to the sector’s success.

The next twenty-five years will be a similar learning curve, but one that is planned to feature Europe’s satcom sector as a major player in the future digitalised society, with the concurrent benefits to our planet and people.

This concludes our series on 25 years of ESA’s ARTES programme. See the sidebar for all six instalments.