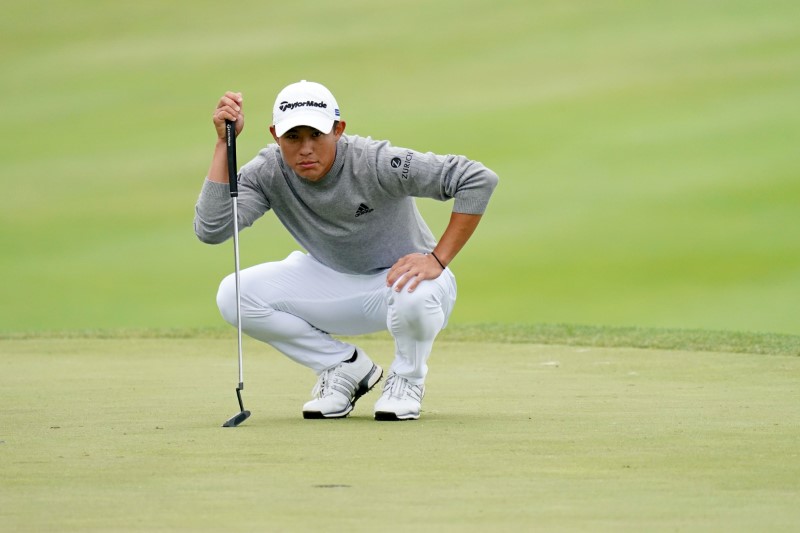 SAN FRANCISCO (Reuters) – Collin Morikawa made a stunning late eagle after the drive of his life to pull away from a jam-packed leaderboard and secure a two-shot victory at the PGA Championship on Sunday in only the second major start of his career.

The 23-year-old American, who began the day two shots back of overnight leader Dustin Johnson, shot a bogey-free six-under-par 64 to reach 13 under for the tournament.

“It’s amazing, it’s been a life goal,” Morikawa said after receiving the trophy. “But to close it out here in San Francisco, pretty much my second home, is pretty special.”

The first major of the COVID-19 era looked headed for a playoff as the day began with 11 players within three shots of Johnson, and at one point late in the round seven players held a share of first place.

Morikawa seized the outright lead at the par-four 14th where he chipped in from 54 feet for birdie.

Then, after narrowly missing at birdie at 15, Morikawa hit the shot of the tournament as his tee shot at the 294-yard par-four 16th hole settled seven feet from the cup for an eagle that sent him on his way.

With the win, Morikawa joins Jack Nicklaus, Tiger Woods and Rory McIlroy as the only players since World War Two to win the PGA Championship at age 23 or younger.