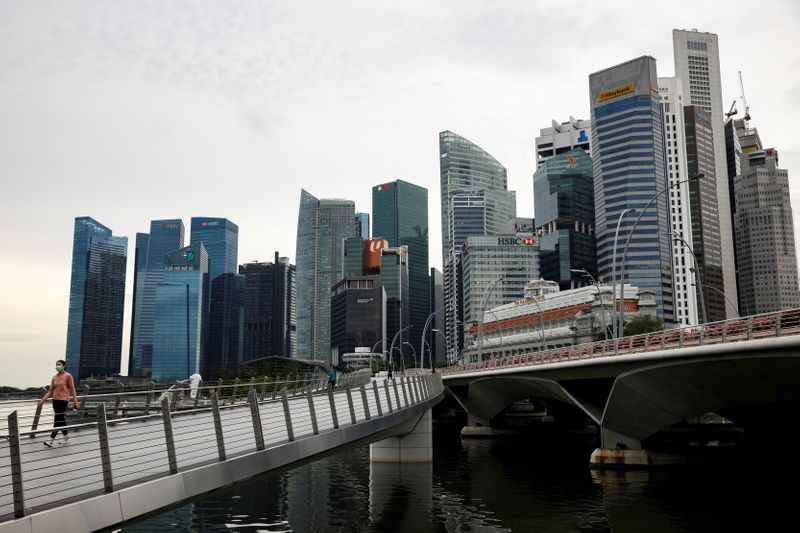 SINGAPORE (Reuters) – Singapore jailed a taxi driver for four months on Wednesday over a Facebook (NASDAQ:) post in which he falsely claimed food outlets would close and urged people to stock up due to impending COVID-19 restrictions.

Kenneth Lai Yong Hui, 40, deleted the message sent to a private Facebook group with around 7,500 members after 15 minutes, case records show, but the public prosecutor called for a sentence that would deter others.

Singapore, which has seen bouts of panic buying during a four-month battle with the virus, has imposed tough punishments on those who breach containment rules or spread misinformation as it tackles one of Asia’s highest COVID-19 rates.

“The psychological fight to allay fear and hysteria is just as important as the fight to contain the spread of COVID-19,” deputy public prosecutor Deborah Lee said in her sentencing submission, according to case records.

Lai, who represented himself and could not be reached for comment, was sentenced to four months’ jail on Wednesday, a spokesman for the State Courts said.

The offence of transmitting a false message in Singapore is punishable with a fine not exceeding S$10,000 ($7,000) or imprisonment for a term not exceeding three years, or both.

Last month, a man who broke quarantine with 30 minutes remaining to buy a flatbread worth a few dollars was fined $1,000. Another man who breached an order to stay home to eat pork rib soup was jailed for six weeks.

According to case records, police received a complaint on April 20 about Lai’s post which said the government was closing food courts and coffee shops, and supermarkets would only open two days a week.

“Better go stock up your stuff for the next month or so,” the post said, on which people commented urging him not to spread such rumours.