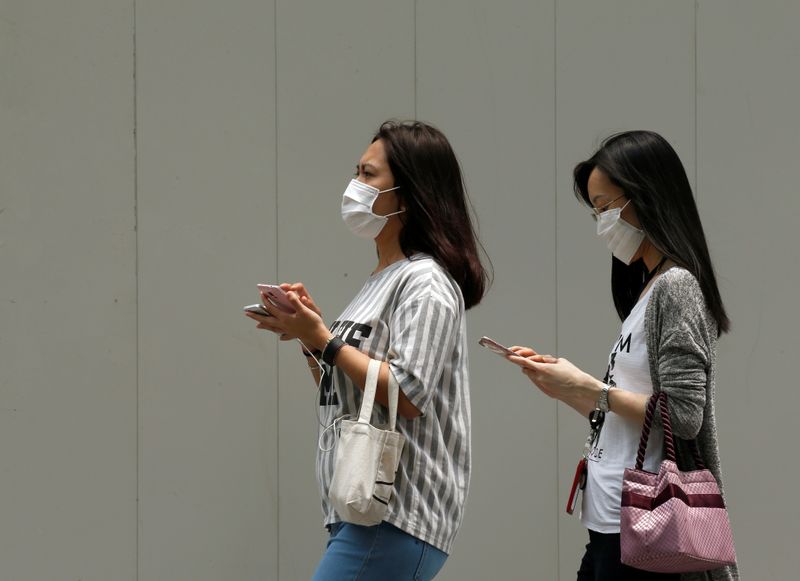 SINGAPORE (Reuters) – Enforcing a fake news law in the run up to a national election, authorities in Singapore have ordered that online references to some comments made by opposition figures on key issues must carry a warning that the content contains false information.

Rights groups have long-warned that the law, which came into effect last year and has repeatedly been directed at opposition figures, may be used to silence criticism of the government ahead of the July 10 vote.

Since campaigning began on July 1, opposition candidates have been taken to task under the law over comments made on three issues; government spending for foreign students, plans to grow the city-state’s 5.7 million population to 10 million, and government advisories that discouraged COVID-19 testing for foreign workers.

Concerns about immigration and jobs have dominated discussion during the campaigning as the city-state faces its deepest ever recession due to the coronavirus pandemic.

As yet, no lawmakers from the ruling People’s Action Party – which has governed since independence in 1965 – have been served correction orders.

The government has denied suggestions that the Protection from Online Falsehoods and Manipulation Act (POFMA) could be used to stifle opposition, and says the law does not curb legitimate criticism or restrict free speech. The POFMA office did not immediately respond to a request for comment.

Government ministers usually have the power to exercise the law, but during the election period this responsibility has been handed to senior civil servants.

Under the law, authorities can order political parties, news outlets and social media users to carry warnings that their pages or posts contain false statements, and to include links to a government fact-checking website.

The Social Democratic Party, one of the opposition parties that has fallen foul of the law, said in a post that carried the warning that it disputed the “correction” but was bound to comply and would appeal.

Rights groups and opposition parties have criticised the government for calling the election while Singapore was still trying to stamp out COVID-19 infections, though most cases have been in migrant worker dormitories.

The government says it needs a fresh mandate to tackle the economic and social challenges ahead.

U.S. ban on China’s TikTok could cut it off from app stores, advertisers: White House document

Google turns Android phones into earthquake sensors; California to get alerts By Reuters