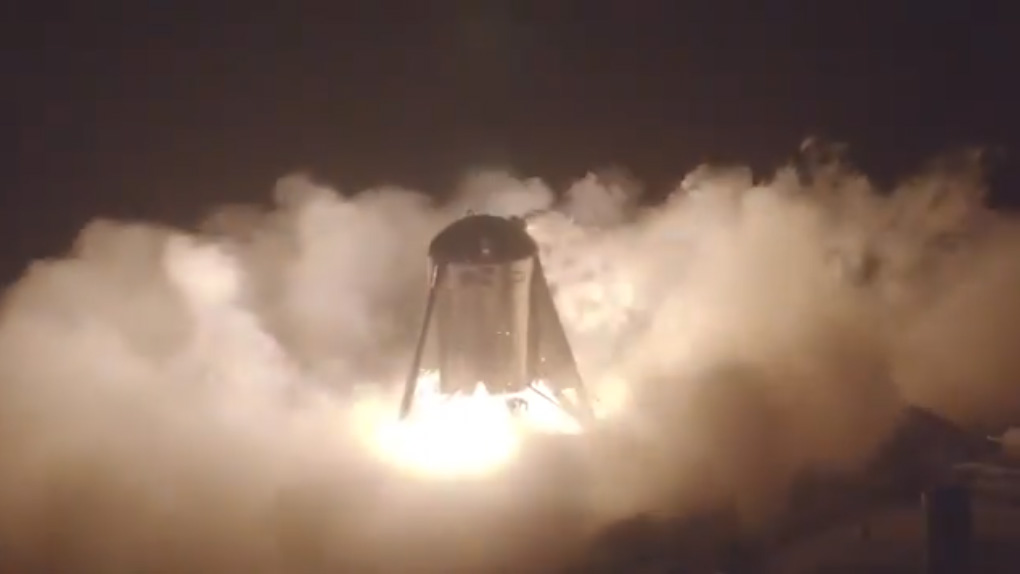 SpaceX’s Starhopper will make its biggest-ever leap soon, if all goes according to plan.

The private spaceflight company aims to get Starhopper, an early test prototype of the company’s Mars-colonizing Starship vehicle, about 650 feet (200 meters) off the ground this weekend, SpaceX founder and CEO Elon Musk said via Twitter on Friday (Aug. 9).

Starhopper is designed to help pave the way for the 100-passenger Starship and Super Heavy, the giant rocket that will loft the spaceship off Earth’s surface. Starship will feature six of SpaceX’s next-generation Raptor engines, and Super Heavy will be powered by 35 of them, Musk has said. (These numbers may change, however; Musk plans to give a Starship-Super Heavy design update on Aug. 24.)

Starhopper, by contrast, has just one Raptor. The stubby prototype has flown three times to date. It made two brief hops in early April of this year, staying tied to the ground for safety’s sake both times. Starhopper also lifted off on July 25, on its first untethered test flight, which had a targeted altitude of about 65 feet (20 m). All three hops occurred at SpaceX’s facility in Boca Chica, near Brownsville, Texas.

SpaceX is also building two orbital prototypes of Starship — one at Boca Chica, known as Mk1, and one on Florida’s Space Coast, called Mk2. The goal is to improve the final Starship design via a little intracompany competition, Musk has said. The Mk1 and Mk2 prototypes will each have at least three Raptor engines.

If everything goes well with the test campaign, Starship and Super Heavy could be ready to fly as early as 2021, SpaceX representatives have said. The first few missions will probably loft commercial communications satellites, but passenger flights could follow in short order. Japanese billionaire Yusaku Maezawa has booked a trip around the moon for himself and a handful of artists; that flight is currently targeted for 2023.

Musk made some other news via Twitter on Friday as well. He confirmed that SpaceX now has a second net-equipped boat and will attempt to snag both halves of the company’s falling payload fairings during orbital launches.

Payload fairings are the nose cones that surround and protect satellites during launch. Each one SpaceX uses costs about $6 million, so there’s a strong incentive to refly each one. And catching fairings before they hit corrosive seawater makes reuse more feasible, Musk has said.

The first boat, named GO Ms. Tree, has caught falling fairing halves twice over the past month and a half. The new one, GO Ms. Chief, will try to add to these successes.