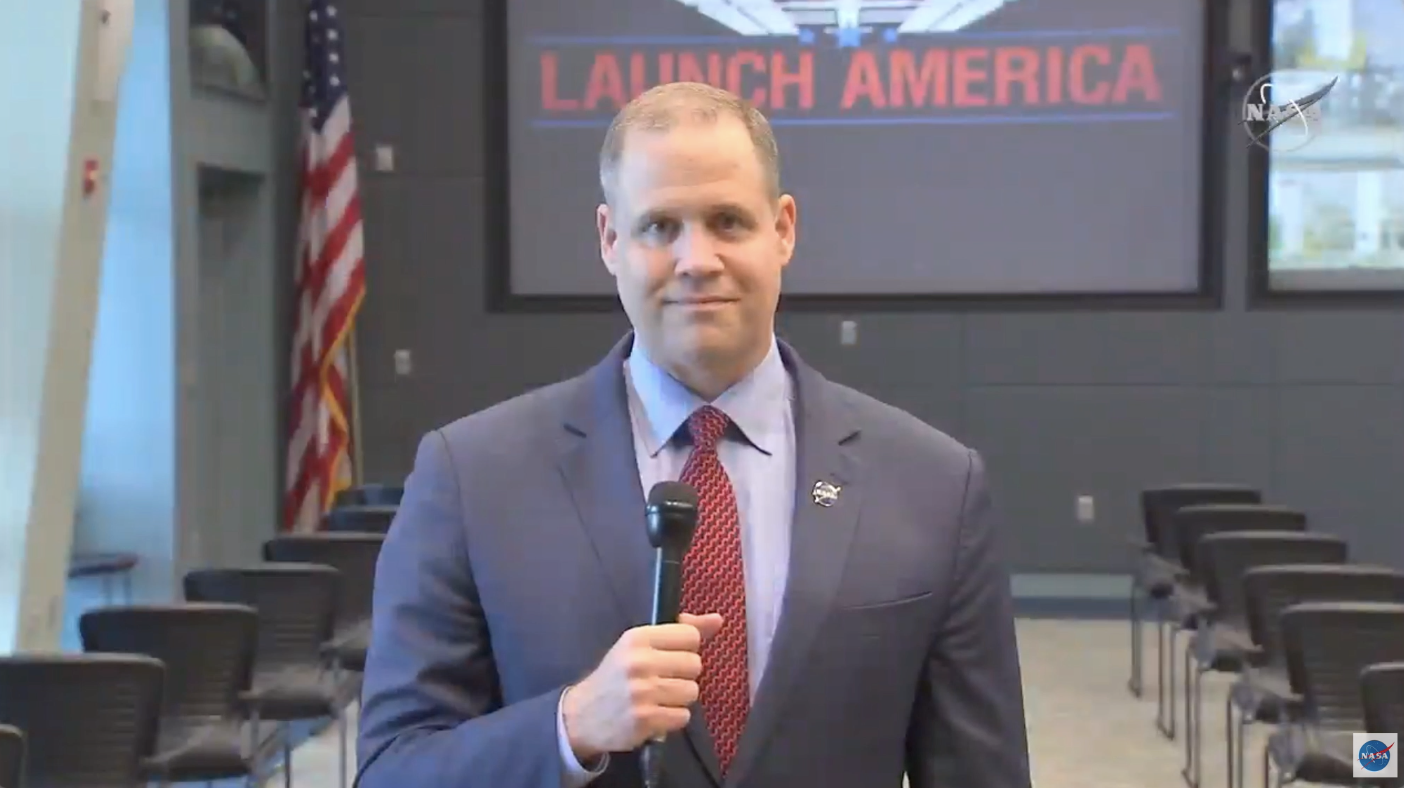 When it comes to spaceflight, you can control just about everything but the weather.

Today (May 27), SpaceX hoped to launch two astronauts aboard their Crew Dragon capsule, atop a Falcon 9 rocket to the International Space Station. Thankfully, there were absolutely no issues with any of the technology or crew members. Unfortunately, however, the weather failed to cooperate, and even though everything else went right, the launch was delayed to Saturday (May 30) at 4:22 p.m. EDT (2022 GMT).

The delay was caused solely by the weather. “The weather got us,” NASA Administrator Jim Bridenstine said following the delay announcement.

But, apart from bad weather, the teams at NASA and SpaceX were ready for liftoff, and they’ll be ready again on Saturday. Despite the bad weather and the delay, “it was a great day for NASA. It was a great day for SpaceX. I think our teams worked together in a really impressive way, making good decisions all along,” Bridenstine added.

Additionally, on Twitter, Bridenstine shared that there is “No launch for today – safety for our crew members @Astro_Doug and @AstroBehnken is our top priority.”

🌩️ No launch for today – safety for our crew members @Astro_Doug and @AstroBehnken is our top priority. We’ll try, try again to #LaunchAmerica on Saturday with liftoff at 3:22pm ET. NASA TV will begin coverage at 11 am. Join us again virtually: https://t.co/LO1sJwia2GMay 27, 2020

While the launch has been delayed for the safety of the crew, the significance of the mission and the strides that both NASA and SpaceX have taken are not lost on Bridenstine or SpaceX founder Elon Musk.

“If you would have told me even two years ago, we’d be right here. I might have even been questioning it then,” Bridenstine said during live launch coverage today. “This is a monumental achievement. It’s a Herculean task by the SpaceX team, which we’re very grateful for and also by the NASA team that has been working hand in glove with them to get to this point.”

Musk shared a similar sentiment during the same conversation.

“This is a dream come true,” he said. “I think for me and everyone at SpaceX, this is not something that I ever thought would actually happen … it’s really hard to believe that this is real.”

“This really is the culmination of an incredible amount of work by the SpaceX team, by NASA and by a number of other partners,” Musk added. “You could look at this as the result of 100,000 people, roughly, when you add up all suppliers, everyone working incredibly hard to make this day happen.”

Bridenstine said that this mission is a sign that commercial spaceflight is making significant progress and surmised what the future of commercialized spaceflight might be like.

But, as Musk noted during their conversation, they hope that this mission will not only be a major step forward for commercial spaceflight, but also inspire the next generation of space explorers.

“We want to inspire kids to say that one day, they want to wear that uniform,” Musk said, referencing the SpaceX spacesuit.