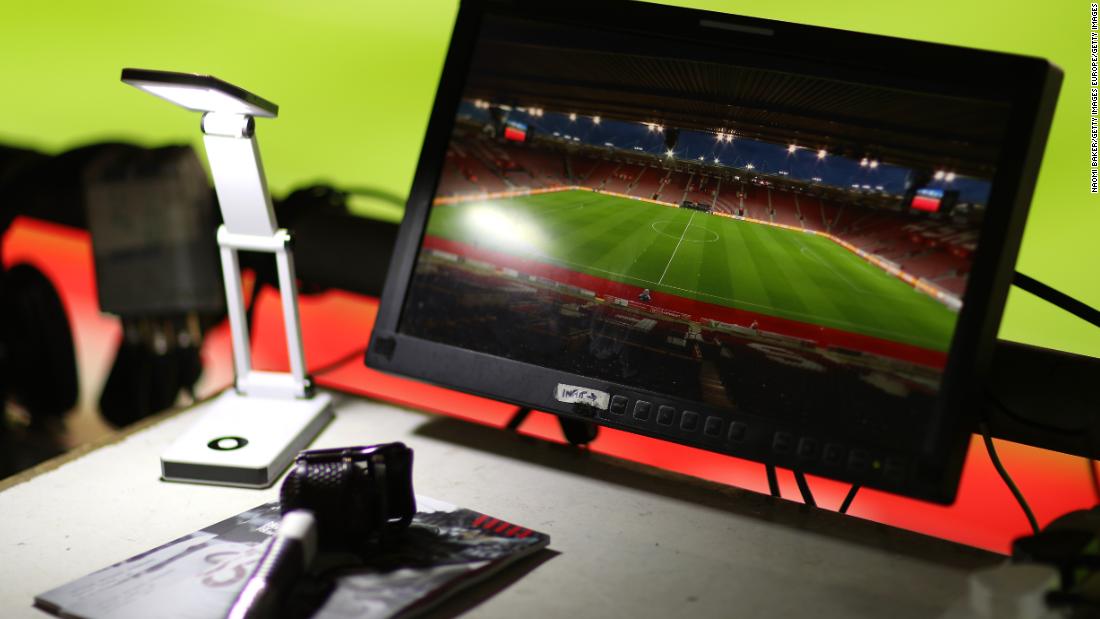 More than 2,000 statements made by commentators across 80 televised matches in the Premier League, La Liga, Serie A and Ligue 1 were analyzed by Danish research organization RunRepeat, with the study conducted in association with the Professional Footballers’ Association (PFA).

“To address the real impact of structural racism, we have to acknowledge and address racial bias,” Jason Lee, the PFA Equalities Executive, said in a statement. “This study shows an evident bias in how we describe the attributes of footballers based on their skin color.

“Commentators help shape the perception we hold of each player, deepening any racial bias already held by the viewer. It’s important to consider how far-reaching those perceptions can be and how they impact footballers even once they finish their playing career.

“If a player has aspirations of becoming a coach/manager, is an unfair advantage given to players that commentators regularly refer to as intelligent and industrious, when those views appear to be a result of racial bias?”

RunRepeat’s study was based on the analysis of 20 matches from each of the four leagues during the 2019/20 season, recording 2,074 statements on 643 players from English commentary on Sky Sports, BT Sport, FreeSports, beIN Sports, TSN, NBCSN and ESPN.

Using the extensive database of computer game Football Manager, players’ skin tone was graded from 1-20, with 433 players from 1-11 categorized as “lighter” and 210 players from 12-20 as “darker.”

The study found that difference in statements were “most stark when commentators are discussing physical characteristics or athletic abilities — speed and strength.”

“Commentators have a responsibility to use language properly but — and this is the only ‘but’ I would add — I wouldn’t hesitate to call Adama Traore a strong and pacy player. He is other things besides, including valuable and effective,” Tyldesley told the Daily Mail, referring to the Wolves winger.

“N’Golo Kante isn’t fast or powerful, so you call it as you see it,” added Tyldesley of the Chelsea midfielder.

“I would take any advice to help me become a better communicator but I would reject any suggestion if it were made that I was guilty of stereotyping footballers based on their skin color. I can’t think of any element of a player’s skin color that would affect their performance.

“Traore is a different player from Kante, from Virgil Van Dijk, from Raheem Sterling, from Tammy Abraham,” said Tyldesley, referring to the LIverpool defender, the Manchester City forward and the Chelsea striker.

“They are all outstanding in their own positions but there are very few common denominators in the way they play so it does not need a survey to show that not only is stereotyping morally wrong but it’s downright inaccurate too.”

Sky Sports already holds sessions with its presenters, reporters and commentators in which the importance of the language they use to describe athletes from different backgrounds is discussed.

In conjunction with the PFA and Kick It Out, extra sessions have also been held by Sky Sports in regards to the language staff use when specifically discussing any stories and issues concerning Black Lives Matter.

A spokesperson for BT Sport said the organization had not seen the details of the report, but pointed to a statement released in relation to the Black Lives Matter movement in which the organization pledged to “implement mandatory cultural sensitivity and unconscious bias training for all our people.”

Lee Westwood: ‘There’s not enough black people’ in golf though Tiger Woods ‘has done a lot to promote’ the sport

Siya Kolisi confirms autobiography: ‘There are many parts of my story untold’

Older Home Renovations in Boston On a Budget

Lee Westwood: ‘There’s not enough black people’ in golf though Tiger Woods ‘has done a lot to promote’ the sport