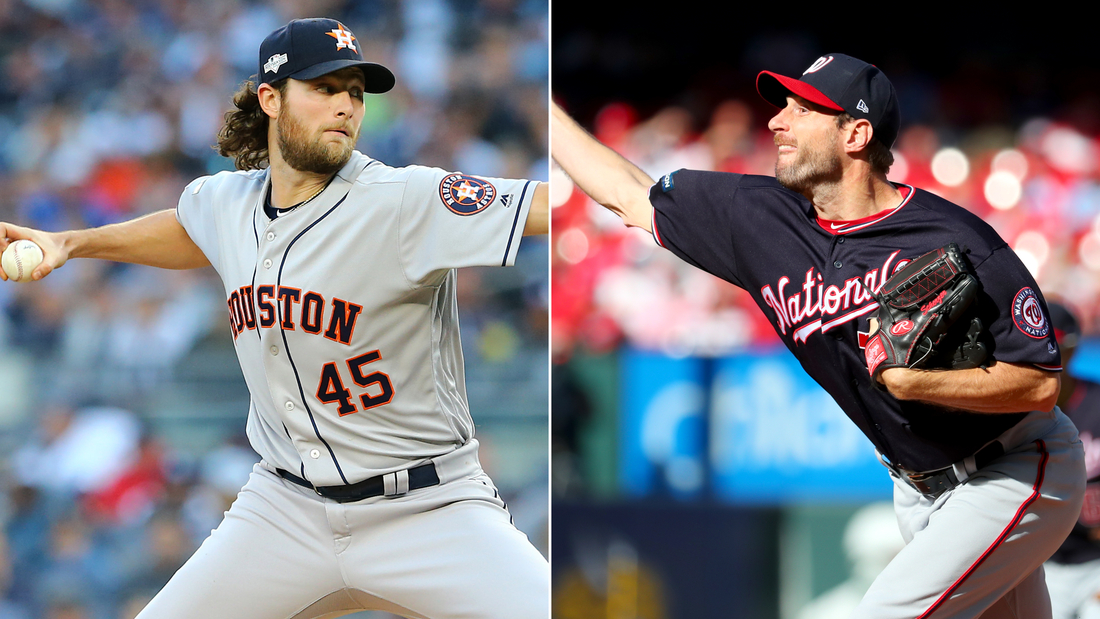 The Houston Astros are trying to win their second World Series in three seasons, while the Washington Nationals — in their first Fall Classic in franchise history — will attempt to complete one of the most improbable comebacks in baseball, becoming the fourth team in MLB history to reach the World Series after being 12 games under .500 during the season. It’s the first World Series appearance for a team from the nation’s capital since the 1933 Washington Senators.

“I truly believe that these guys are fired up to be here,” Nationals manager Dave Martinez said. “We played a lot of unbelievable games this year. We’ve come a long way.”

The starting pitching for this Fall Classic is stellar, with two rotations stacked with aces. Martinez has said that Max Scherzer will start Game 1, while Stephen Strasburg is scheduled to take the mound for Game 2 on Wednesday.

“Certainly getting to start the series with Gerrit and JV and Greinke lined up is nice,” Houston manager AJ Hinch said. “We did have a pretty good backup plan if we were pushed to a Game 7 (in the American League Championship Series). But it’s hard to think of many guys better than that trio to kick off a World Series.”

The Astros are in their third World Series in franchise history, having reached the series in 2005 and winning it all in 2017. Having won 107 games in the regular season, the most in MLB this year, Houston is a heavy favorite. In the playoffs, the Astros held off the Tampa Bay Rays in the American League Division Series and defeated the New York Yankees in the ALCS.

While the Astros were a favorite throughout the season to get this far, the Nationals were on more uneven footing.

After Bryce Harper left for the Philadelphia Phillies for a 13-year, $330 million deal, the Nationals started the season 19-31. But the Nationals have been on a tear. Since May 24, they’ve had the best record in baseball. They finished the regular season with 93 wins and snagged a wild card spot.

After coming back to defeat the Milwaukee Brewers in the National League Wild Card Game, Washington shocked the NL favorites, the Los Angeles Dodgers, in the division series and swept the St. Louis Cardinals in the NLCS.

The Nationals became the ninth team in MLB history to come back from 12 games under .500 to make the postseason, according to the Elias Sports Bureau. They join the 2005 Astros, 1973 New York Mets and 1914 Boston Braves as the only teams to make the World Series after dipping to 12 games below .500 during the season.

After recent years of postseason failure, could this be Washington’s year?

“We just happen to get out of the gates the first 50 games pretty slow,” Scherzer said. “After that, we’ve been playing to our potential. This whole time, even from the moment we got to spring training, we knew we could compete with anybody. Obviously we’ve proven that, that we can compete with anybody in this league, and we’re good enough for that.

“Nothing has changed my mind, whether that slump we hit in the beginning or how we played in the end, it’s just a matter of going out there and playing high-quality baseball, and making the other team beat us and not beat ourselves.”

The San Francisco Giants are the last wild card team to win a World Series, in 2014.