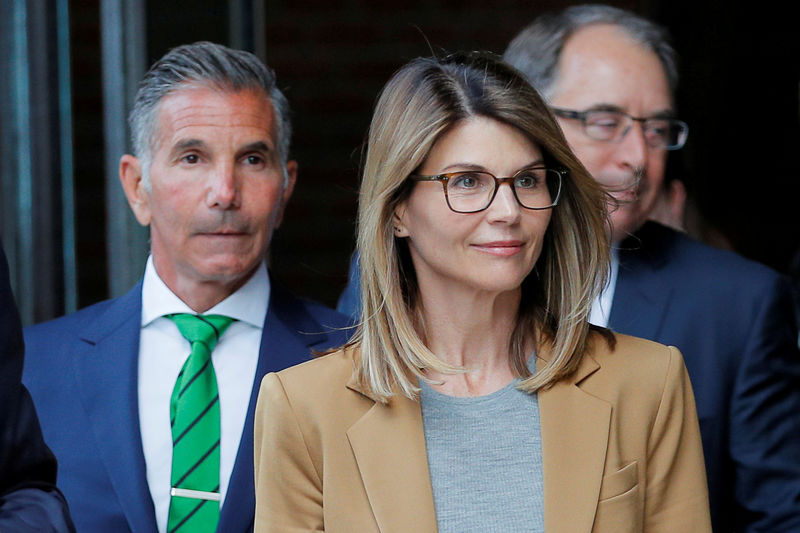 BOSTON (Reuters) – Federal prosecutors on Tuesday said they had brought additional charges against 18 wealthy parents, former university athletic officials and others accused of participating in the largest U.S. college admissions scam ever uncovered.

Among those facing new charges are 11 parents including “Full House” star Lori Loughlin, who federal prosecutors in Boston say conspired to bribe University of Southern (NYSE:) California employees to secure the admission of her two daughters.

She and her husband, fashion designer Mossimo Giannulli, were previously charged with committing mail and wire fraud and conspiracy to commit money laundering. They now face a new charge of conspiring to commit federal program bribery.

The new charges contained in the revised indictment filed against them and the other parents adds to the potential maximum prison terms they each face if convicted. All 11 parents have previously pleaded not guilty and are awaiting trial.

Lawyers for Loughlin and Giannulli did not respond to requests for comment.

They are among 52 people charged with participating in a vast scheme in which wealthy parents conspired with a California college admissions consultant to use bribery and other forms of fraud to secure the admission of their children to top schools.

Celebrities and top executives were among the 35 parents charged in relation to the scandal, including “Desperate Housewives” star Felicity Huffman, who last week began serving a 14-day prison term after pleading guilty.