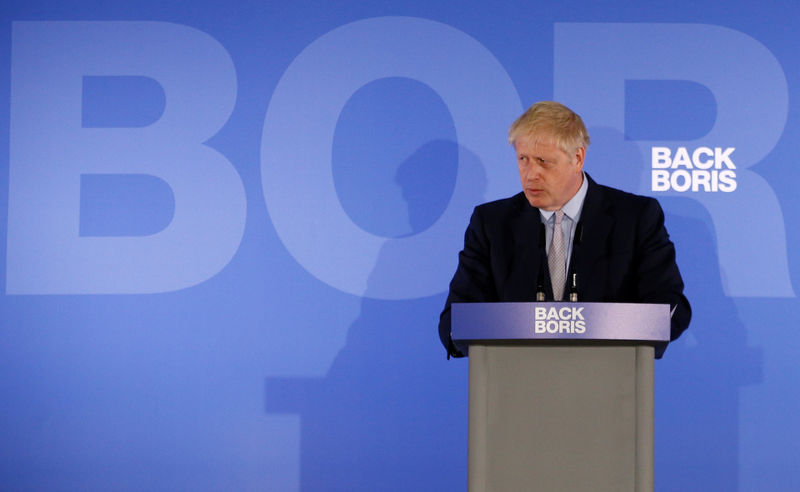 © Reuters. Conservative Party leadership candidate Boris Johnson at the launch of his campaign in London

(Reuters) – Boris Johnson, the front-runner in the race to succeed British Prime Minister Theresa May, has told pro-Brexit lawmakers he would leave open the possibility of suspending parliament to force through a no-deal exit from the European Union, The Times reported on Thursday.

At a private meeting last week, Johnson assured the European Research Group, a group of lawmakers who support a hard Brexit, that he would not explicitly rule out such a move, the newspaper said, citing an unnamed “senior Brexiteer.”